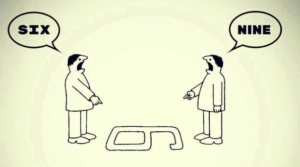 I just got off the phone with a parent tonight and I was happy to hear that their child that got their feelings hurt by a friend DID’T hit his friend.  He did however, throw a chair, but from where we were behaviorally, that is nothing since he threw the chair AWAY from his friend that hurt his feelings along with his other friends.  To me that is PROGRESS and should be celebrated! I know you are reading this and probably thinking that he should have a consequence for his behavior but I would rather celebrate that this child controlled his body and didn’t hurt his friend when his feelings were hurt.  Yes, there is still room to grow but life is about baby steps and to teach a 5 year old how to control their anger will take time and we need to understand that as educators and parents especially if the child is misunderstanding the situation that just occurred, which happens all the time!
Let’s say as educators and/or parents we gave this child a consequence for his behavior when you know he is already beating himself up inside and is embarrassed. Do you think it will really help him or not?  Think about the times that worked and didn’t work for you and the child you are helping get through a situation.   From my experience most children feel so bad that they don’t know how to repair the situation so the behavior starts to spiral and you can’t get them back on track.  So on top of them feeling bad about themselves everyone around them is validating how they already feel so here you see the behavior happening over and over again and no one is TEACHING the child another way to do things.  You will start to see the self-esteem drop. Then one day you realize that consequences don’t work and that is when I will get the phone call.  So what does work?
What does work is understanding that the child is having a hard time not because they are being difficult in that moment but they are not sure on how to get their needs met so they act out.  For example a teacher asks the classroom to do multiple steps at once and the child only understood the last thing the teacher asked them to do so they will act out since they might not want people to know that they do not know what they need to do first so the behavior happens and the attention goes to the behavior and not the real issue, what happened before the behavior occurred.  Children need to be taught to ask for help when they get stuck and this step is missing with a lot of the children I work with since some of the children are high in their verbal skills so people don’t think they need help when they do since they can argue or talk their way out of things.
Now with the child that threw the chair, what I would do is have a “Rewind” session where the educator or parent “Rewind” the situation so you are role playing on what to do instead versus relaying on the consequences to change the behavior. In addition, having the child check in with his friend on how they felt in that moment versus stating “Sorry” so the child understands how their behavior affects their friends when they act a certain way.  This will take time for the child to learn a different way when they get upset and when everyone is on the same page you will see a difference in their behavior such as the child not hitting their friends, which again to me  is progress with having some self awareness if they are not hitting but throwing something.  But of course, we need to teach a healthier way than throwing a chair.