Kahlon Family Services > Uncategorized > Promise Me You Won’t Do It Again! 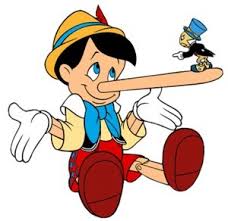 Promise Me You Won’t Do It Again!

Who hasn’t been caught in the moment when you are with a child who does something that actually scares you more than it did the child.  Maybe the child will start yelling in the middle of the store as you are shopping.  What if the child decides to throw an object as you are driving in the car.  Yes, this happens more than I like!  I’ve been with children who will go and hit a car when they get upset and of course I block the hit with my body.  Most of the time the child is not fully present in their body when these things happen and then the adults asks the child to “PROMISE” they won’t do it again.   Is this a positive experience for the child?  It could be until they DO IT AGAIN and then lets look at how the child feels that s/he broke their promise.  Not the best feeling to say the least!

Children who have impulsive issues along with low frustration tolerance will MOST LIKELY do it again and it is just a matter of time.  I always tell people that if the behavior happens less frequently we are moving in the right direction.   It is always two steps forward and one step back.  So, with that being said to have a child “PROMISE” to not misbehave that is being unrealistic since they are still working on learning how to self-regulate themselves when they get upset.

Instead of asking the child to “PROMISE” to not do a behavior you would want to acknowledge that it is hard for the child to control their body.  Explain how that behavior made you feel along with showing them a new way to do something so you are always teaching.  Role-playing is key for teaching new calming techniques and this should be done when the child is NOT mad.  When you have a child “PROMISE” that they won’t do the behavior again and they do it we need to think about what that does to the child’s self-esteem.  Children will remember that they promised they wouldn’t do exactly what they just did.   The child starts feeling ashamed, guilty and their self-esteem can decrease, which then creates MORE behaviors!  Also, the child may start lying so they don’t get in trouble. It’s a vicious cycle that is starting!

So, next time your child acts out instead of asking them to “”PROMISE” to not do it again remind them of other things they can do instead of what they have been doing.  Tell the child that you know it is hard and you are there to support them.  Once you see the child was able to self regulate themselves show them that you noticed how well they did even if it is something really small.  The small steps always lead to bigger steps.  Remember changing/replacing behavior is a process for everyone and it takes time.  Repetition, consistency and good friends will help you get through it.  Or just call me for a home visit!