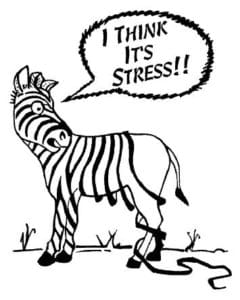 “You TRIGGERED Me!”
It might be the end of the year since I’m finding myself less tolerant of what I am hearing from my students at this point in the school year.  I work in many schools and the language is the same from school to school along with the actions once a child is feeling “TRIGGERED” by another child.  To me stating that another child triggered a behavior from one student shows that we are teaching children that they do not have to take responsibility for their behavior, which is not helping any child as they are becoming young adults.  We are actually hurting their development on how they relate to the world around them since it is easier to blame someone OR something else for their behavior.
When I first heard a 6th grader say this word, it was right after he hit another child, and just so you know this was not a client of mine.  I approached the children and in a stern voice told them to “Knock it off” and one of the kids stated “He TRIGGERED me”.  My response was “I don’t care if he triggered you but you never put your hand on your friend and you have the choice to walk away when you get triggered and your choice was to hit him”.   Both boys walked away and it was over.  I was shocked to hear the child’s response since I’ve worked with trauma victims for years with woman and children who have been raped, domestic violence and other life challenges and I don’t want to write about it for this blog.  When I hear the word TRIGGER I associate it with a person feeling like they are back where they were when they experienced the traumatic event in their life.   So you can see why I was surprised when I heard the word trigger come from not one child but many middle schoolers this year.
Everyone has a choice for the way they respond when they get upset and that is up to us to teach the children when they are young to take responsibility for their actions.  What I’m seeing over and over again is children blaming their actions on the person that caused them to act that way and it is a lot easier to point a finger on someone OR something else and not looking at yourself.  Next time you hear a child say that they were triggered take a moment and ask yourself how can you teach this child to take responsibility for his/her behavior.  Life is a TRIGGER and that word is starting to trigger me so this is why I had to write this blog.  Lets start teaching children how to walk away when they get upset along with teaching them ways to not react and if they do react negatively to take responsibility for their behavior.  It is time!!!